Coinciding with Tasmanian elections but independant of any political party we screened a few short videos on coal seam gas extraction by fracking in the Karoo, the vast heart of South Africa. video 2 video 1

Quite timely considering the eruption in the press a few days before – “A leaking pond that contaminated an aquifer with uranium at levels 20 times safe drinking guidelines is still being used, despite coal seam gas operator Santos knowing it was faulty more than two years ago.
Santos eastern Australia vice-president James Baulderstone confirmed on Monday that Bibblewindi pond at the site in the Pilliga forest, in north-west NSW, was being used to store water from previous operations, which was produced from exploratory drilling into coal seams. Poor quality pond lining has been blamed.” SMH 10 march 2014

the fine was $1500 in australian pesos
worse the MAX fine possible was $1 million; worser according to NSW govt. “The CSG industry in NSW is subject to the toughest controls in Australia.” begging the question which state’s got the flimsiest? Does anyone else find it alarming that there isn’t a national consensus on best practice? There is now a ban on evaporation ponds in NSW and the site is being cleaned up – http://www.csg.nsw.gov.au/__data/assets/pdf_file/0018/41535/FactSheet.pdf 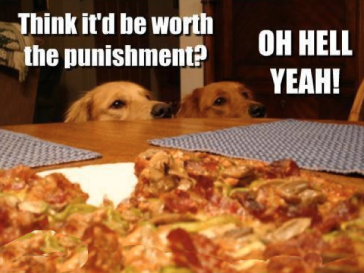 proving the sentiment expressed by investigative filmaker Jolynn Minaar that the CSG regulatory bodies are unable to protect the environment since they are making it up as they go along. You can watch her full length documentary ‘Un-earthed’  here : http://youtu.be/IPIEzSwPwT0 and keep abreast of coal seam gas in Tasmania here: https://www.facebook.com/pages/Stop-Unconventional-Mining-Tasmania/489647581112052

It is clear that Australia must quickly move beyond its reliance on coal for health and environmental reasons. However, when taking into consideration the uncertainties over health risks, the unfavourable comparisons with other energy options, the climate risks associated with fugitive emissions, the moral obligations Australia faces as a gas exporter, the potential displacement of renewables and doubts raised over the claim that gas will prove to be a cheap energy option,33 the scale is firmly tipped against the further development of unconventional gas. ~ https://www.mja.com.au/journal/2014/200/4/harms-unknown-health-uncertainties-cast-doubt-role-unconventional-gas-australias