The expression of the genetic code of our DNA is normally altered several times before conception, and during pregnancy, childbirth and later throughout life. This takes place through the natural switching on and off of genes in response to signals received from the child’s own cells and from the environment. This is called ‘epigenetics’. Although epigentic changes do not act by altering the sequence of the genome directly, if say a tumour suppressor gene is switched OFF, then the rate of mutations in cellular DNA can increase.

“I have refound my faith in birth” says Hannah Dahlen http://sheenabyrom.com/2014/06/15/keep-fear-out-of-the-birth-room-an-interview-with-professor-hannah-dahlen/

Hannah Dahlen, professor of midwifery University of Western Sydney, and founder of the group EPIIC (Epigenetic impact of Childbirth) talks about the research on epigenetic influences during the actual process of normal labour and childbirth in the movie we are screening on 20th Sep called Microbirth.

“In the EPIIC hypothesis, we propose that physiological labour and birth have evolved to exert eustress (a healthy, positive form of stress) on the fetus, and that this process has an epigenomic effect on particular genes, particularly those that program immune responses, genes responsible for weight regulation, and specific tumour-suppressor genes.

Reduced or elevated levels of the hormones cortisol, adrenalin, and oxytocin which are produced during labour may lead to fetal epigenomic remodelling anomalies which exert influence on abnormal gene expression. This reprogramming could manifest in a range of diseases and behavioural problems in the neonate and later on in the adult.”  http://theconversation.com/can-caesarean-sections-increase-susceptibility-to-disease-12334

more about epigenetics and health http://www.nature.com/scitable/topicpage/Epigenetic-Influences-and-Disease-895 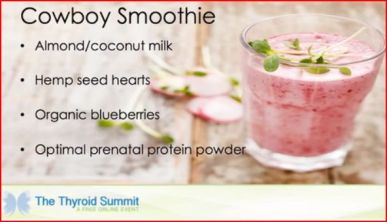 The big surprise was that Dr Lynch didn’t reccomend any particular folate supplements, just the Popeye approach – green leafies and avoid synthetic folic acid. Very refreshing – given the panoply of potions on every internet doctor’s website. The girly looking pink prenatal smoothie is actually Dr Lynch’s webinar energy booster! He was a jackaroo in Australia in his youth so they have labelled it ‘cowboy smoothie’ but no drover would own that drink. Needs spinach.

Just one small possible snag – you can overdose on veggies if you juice as the idea is to be able to get more in than you could with just teeth. I’ve personally done it with buckwheat sprouts which have fagopyrins. Kale is goitrogenic  and so is spinach which are my favourite greens 😦 According to Dr Lynch my low dopamine levels contribute to taste addictions.

These are Non-Goitrogenic leafy greens:

Why is MTHFR and Folate so important for hypothyroid patients?

MTHFR = very long name of folate activating enzyme, not an F word! though I certainly felt like swearing when I found out from nerve damage that the vitamins in most supplements, and those added back to to refined food such as ‘enriched’ flours, are NOT ALWAYS ACTIVE. The term ‘vitamin’ doesn’t mean they are plug and play molecules, or even the same molecule – folate and B9 are umbrella terms for many structures. Bit like the term ‘fresh’ can actaully mean ‘stored for months’!

Some ‘vitamins’ like folic acid, do squat all except block cell receptors unless the body can convert them into active enzymes. Dr Lynch managed to simplify an incredibly complex scenario without any dizzying biochemical pathway diagrams. Folic acid needs little bundles of carbon and hydrogen (called methyl groups) created by the MTHFR enzyme in order for you to be able to make T3.  Genetic mutations that reduce the activity level of  MTHFR will reduce production of T3. They are relatively common, especially in ADHD children according to Dr Lynch. (Some people wonder if this is because the mutations may actually confer some other evolutionary benefit).

Why is Activated Riboflavin so important for hypothyroid patients?

Dr Lynch explained hypothyroid people are probably deficient in activated riboflavin (called FAD) since converting that vitamin requires T3. If you are FAD deficient the MTHFR enzyme cannot function properly even if your genetics are optimal. And then you will have less T3. Vicious cycle.  Result – your body is crippled because you can’t make SAM-e or recycle glutathione, two key components of the biological system. Glutathione is the body’s major antioxidant. Glutathione apparently neutralises hydrogen peroxide so perhaps testimonials I’ve read of people who have their hair colour restored are due to this; I’m looking forward to reversing my grey hair when my levels are optimised! 70% of SAM-e goes to produce phosphotidyl choline for cell membranes, and creatine, (that stuff body builders are so fond of.)

(You can buy activated riboflavin and any other MTHFR pathway supports easily from iherb.com who ship cheaply to Australia. I’ve never had any issues with customs as they use DHL. For some reason customs pounces on anything that comes in Fedex. They send it on anyway but it gets held up for weeks.)

I concentrated on Dr Ben Lynch and methylation defects because I have just done my 23andme DNA test which gives actionable information on the MTHFR methylation genes if you can do your own reporting. Smartdna in Melbourne and Pathway Genomics in USA through Nutripath, an australian pathology company, are some other labs that can test for this and provide reporting. MTHFRsupport.com.au is a good place to look for information for australians – look out for their folate, mthfr and pregnancy webinar on the 24th June. $25

If you want to get even deeper into genomics check out https://www.coursera.org/course/genomicmedicine Coursera provide free tertiary level instruction – amazing! I enrolled late but even though this finished, I can still access the course materials so I think you can just sign up anytime. 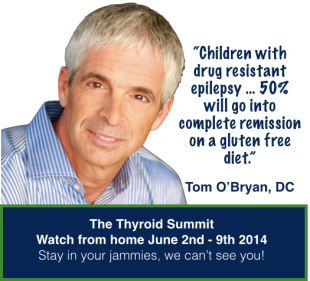 click to register for the free event or order the recordings to own for a reduced price of $67 before the end of the summit.

Here’s another hour with Dr Lynch and Dr Alan Christianson if you want the methylation cycle more fully explained complete with alphabet soup diagrams. http://seekinghealth.org/resource/mthfr-and-thyroid-disorders/ It was well worth patiently working through, and as he promises it gets easier after a few goes. Discussion of CBS pathway upregulation which Ben didn’t have time for, is on Day1 post

Of course there was so much more on day 4, anti aging hormones with Dr Pamela Smith, and Dr Tom O’Bryan talking on gluten. ( I think my blood literally ran cold when I saw his information thinking about a young lady I know who has worsening epilepsy on a background of a family tree riddled with autoimmune and GI tract issues. Are they missing the root cause? )